‍‍Keep Up With What's Happening! 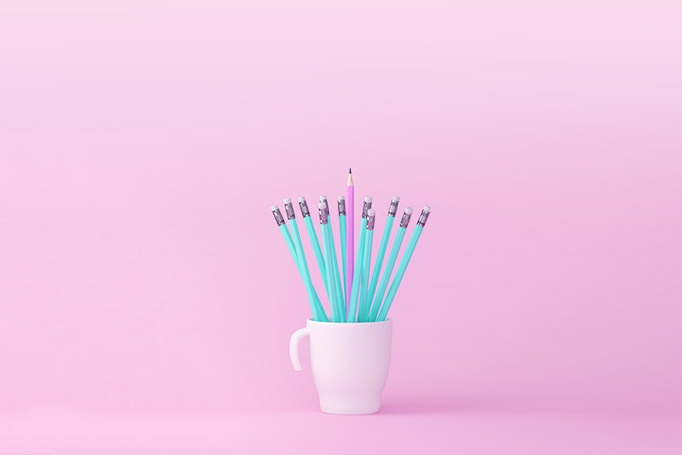 contact us to speak directly to a care team expert:
(877) 801-2664
The Best Streaming Services to Subscribe to in Quarantine

Quarantine is not fun for anyone, but being stuck inside all day doesn't have to be a drag! When you're looking for something to do, whether it be while waiting for a grocery delivery, your caregiver preparing your meal or washing laundry - relax by catching up on the latest travel series and indulge in some nostalgia with a Cary Grant film.

One way you can access these programs is by subscribing to a "streaming" media service. Streaming means online, so you will need a fast internet connection. However, if you're not looking to upgrade, some services do allow temporary or permanent downloading.

Let’s chat about some of your best streaming options to make the day more enjoyable and entertaining:

Kanopy is a great option if you have a library card because it means you already qualify for a Kanopy subscription, and it's FREE! Kanopy prides itself on curating a high-quality catalog, making choosing between an Oscar-nominated film, documentary, or just a simple romantic comedy easy. The major drawback is that Kanopy only gives you 9 watch credits per month, which a dedicated movie-watcher can burn through in a week. Many titles on Kanopy aren't available anywhere else, and since it's free, it's worth linking your library card to this service.

This amazing collection of Disney productions features both modern and vintage entertainment. Watch contemporary classics like Avatar or Toy Story or indulge in some nostalgia with Snow White, The Parent Trap, or you can watch the whole Star Wars series. How cool was Carrie Fisher? Disney Plus also hosts educational content, including the entire catalog of National Geographic documentaries. One of the best featured films from National Geographic is called “Free Solo,” and details the expedition of a professional climber, Alex Honnold, who climbs 2,000 feet in Yosemite without rope or any climbing aid! If that’s not for you, you can virtually explore the world with their various other adventure documentaries that explore animals and different ecosystems. And because it's Disney, you can rest assured that every title is family-friendly and free of graphic violence or other offensive material.

The service is also relatively affordable. Basic Disney+ only costs $6.99 per month or $69.99 per year. If you're willing to pay a little extra ($12.99 a month), you can also get Hulu and ESPN+. ESPN+ is a great choice for sports fans, as you can stream live games as they happen. It also offers a wide selection of sports-related documentaries and analytical talk shows.

Hulu boasts one of the largest streaming libraries currently available, and you can subscribe to it as a standalone service for $5.99 a month. If you’re looking for a large library of classics this may not be the one for you (although they do currently have Saturday Night Fever and Good Will Hunting available). However, they often have the best selection of new movies. Quentin Tarantino’s latest, Once Upon a Time in Hollywood is available along with the latest Men in Black movie, Men in Black: International, Aquaman and so many more. They’re TV show selection is great for your reality TV show binge watchers, but definitely not for those looking to relax with a cooking or adventure documentary or program. The two big drawbacks are that even though you pay for the service, Hulu will still show ads, and it doesn't have many exclusives; you can find most of their catalog on other services.

Netflix, the pioneer in TV and movie streaming is still going strong. The company currently offers a basic streaming plan at $8.99 a month, which is a catch. They boast the largest number of exclusives, everything from award-winning Orange is the New Black to foreign shows like The Protector. And their DVD rental service is still going! They always have a great selection of classics from Grease to West Side Story. And if you’re feeling creative in the kitchen or missing the outdoors, Netflix has the best array of cooking, travel, and health and wellness shows to explore without leaving your house. Honestly, just the fact that they have Jeopardy makes it all worthwhile.

You can check out one ($7.99/month) or two ($11.99/month) DVDs at a time. Keep them as long as you like and take advantage of Netflix's truly impressive DVD library.

If you regularly have books or other necessities delivered to your home, consider subscribing to Amazon Prime. Amazon Prime offers customers free two-day delivery on certain products and a comprehensive library of free e-books that you can read on a Kindle or computer screen. And the movies! Amazon's catalog includes older movies that don't get much love anymore, such as Grace Kelly and Cary Grant’s “To Catch a Thief.” And many of Audrey Hepburn’s amazing movies: “Roman Holiday,” “Funny Face,” and “War and Peace.”

Luckily they have a lot of new shows as well that have turned out to be huge hits such as the Marvelous Mrs. Maisel. All this for the steal of $9.99 a month.

Long considered the final word in prestige TV, HBO has finally made its catalog available via streaming. They feature much of their own original programming, including shows like True Blood, Game of Thrones, or The Sopranos, and currently continues the trend with the newly released Lovecraft Country. They also have a significant catalog of documentaries, as well-made as their TV shows. The big drawback is that HBO Max is by far the most expensive service on this list, costing $14.99 per month. And most of their titles are newer; they do not host many older films. Lastly, HBO has a well-earned reputation for their racy programming - many of their shows feature profanity, nudity, and violence.

Google Play and Apple TV are a bit different from the other services listed here. Rather than pay a monthly or yearly fee, you pay per title, and prices vary widely. A mid-range TV show might cost $2.99 per episode, while a popular new film might cost $12.99. You can purchase some TV shows by the episode or the season, with prices varying based on the number of episodes and how recently the show was released.

Google Play and Apple TV also offer a rental service for many of their movies. You can rent the movie for a fraction of the film's cost, usually between $2.99 and $4.99. Once you rent a movie, you have 30 days to begin watching it. Once you start watching it, you have 72 hours until the movie gets returned - but you can watch it as often as you like within that time frame.

The drawback of this one is that if you watch a lot of movies or tv shows, it can get expensive. But once you purchase (not rent) a movie or show, you can download it and have it forever. Additionally, content that is often exclusive to one platform can be found and purchased here.

This list gives you only the biggest names. Other services, like CBS All Access or AT&T TV Now, often offer cheaper prices - but at the trade-off of a smaller catalog. But just in case they host a favorite or two of yours, they are worth looking into if you have the time.